Home
Blog & Troubleshooting
What is Overdrive on a Monitor? Ultimate Guide 2023

If you were wandering around to know what is overdrive on a monitor is, you are at the right place. In this article, we’ll discuss this matter in detail.

Overdrive lets the gamers boost up the response time of the monitor to prevent trailing or ghosting. Response time is responsible for making the pixels move uniformly and consistently with overdrive to eliminate any delay. But sometimes, gamers experience motion blur when they play fast-paced games, affecting gaming quality. Here comes the role of overdrive which improves the existing refresh rate of the monitor to ensure smooth-flowing images.

Alter the overdrive menu settings beforehand for better gameplay when playing with other gamers. Such configurations enable your monitor to achieve a perfect response time. Ultimately, you’ll experience smoother graphics without any delay or lag.

What is overdrive on a Monitor?

All of the monitors don’t have overdrive settings. If your monitor lacks an overdrive feature, adjusting the response time is impossible for you.

What is Response Time Speed in a Monitor?

A monitor with a less refresh rate than 16.67 ms will take a longer duration to change a pixel. That’s what causes motion blur or visible trailing on display behind the fast-moving objects.

The refresh cycle of the 144Hz monitor is 6.94 ms which means its refresh rate is quite faster. In such situations, the response time overdrive is often called response time compensation (RTC). It makes the pixels change rapidly from one color to another.

Though overdrive increases response time but doesn’t use in games having any ghosting. A monitor with poor overdrive optimization results in bad display settings. If overdrive settings are of no use to your monitor, replace it with a new monitor.

How Does Overdrive Function?

The tiny crystals on LCD monitors let the light go inside, making the users see colors on the screen. The available voltage determines how much light will pass through the small crystals of the monitor. The crystals take a bit of time when they move from one area of the screen to the other.

The overdrive provides ample voltage to these minute crystals, making them move rapidly from one place to another. Ultimately, the pixels change color quickly. This process refers to overvolt, which is responsible for increasing the response time of your monitor.

If you are using G-Sync or FreeSync to eliminate screen stuttering and tearing, keep a few points into consideration about overdrive.

NVIDIA G-Sync and AMD FreeSync are renowned technologies for display refresh rates. Both these technologies ensure a smoother watching and gaming experience.

FreeSync is less expensive because it works without any additional hardware, so there is no need to purchase new hardware. But for using G-Sync, you have to buy proprietary hardware from NVIDIA, which makes it expensive.

The G-Sync technology has a variable overdrive setting for altering your monitor’s refresh rate. So, changing the overdrive level according to to refresh rate is quite possible. On the other hand, FreeSync monitors often lack this ability. If you have a 144Hz monitor and you select high overdrive, and the refresh rate drops down to 75Hz, overshooting may happen.

Overdrive Damages the Monitor or Not

Overdrive doesn’t damage the monitor; rather, it boosts the response time to eliminate ghosting. It uses more voltage to speed up the response rate but doesn’t affect the monitor’s performance much. It may happen often and result in an unpleasant inverted shadow. That’s why it is better to select medium settings of overdrive for optimum results.

All monitors come with various enormous functionalities and features. If you use these functions such as overdrive properly, the monitor will perform to its fullest.

What is overdrive on a monitor is a question of many users who are unaware of the technical aspects of their monitor. That’s what we tried to answer in this article.  The overdrive increases the response time of the monitor for enhancing your gaming experience. Different manufacturers use different names for overdrive.

Monitors have an overdrive setting but it is fixed at medium or normal. You can change the setting to high overdrive for better response time. It’s better to keep overdrive on medium settings for preventing pixel overshoot. If you have a monitor that lacks an overdrive setting, it’s impossible for you to eliminate ghosting. Then you have to buy a new monitor for experiencing smooth gaming. 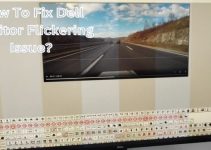 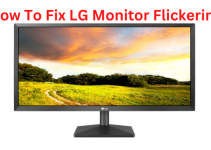