The Asus ROG Swift PG27UQ would be on the list if a monitor could offer every feature a gamer could want for. Even though this lavish monitor was released in 2018, it still holds up well against today’s pricey high-end displays.

This monitor is future-proof due to its features, specifications, functionality, and ease. It combines NVidia’s G-Sync technology’s rapid refresh rates with 4K resolution and HDR capabilities for superb visual quality.

It’s no different when it comes to purchasing a gaming monitor, to be specific. Whatever piqued your attention in the first place, let’s see if this high-end monitor stands up to the buzz.

It also provides a variety of connectivity choices, including Display Port 1.4, HDMI 2.0, and a USB 3.0 hub.

You may change the height and tilt and even spin the PG27UQ vertically by swiveling it on practically every dimension.

The pricing of this monitor is the first thing that pops up. What’s more unexpected is that customers who purchased and began gaming on this model were unable to move to an older or newer model display.

Let’s start with a quick examination of the monitor’s available specifications. 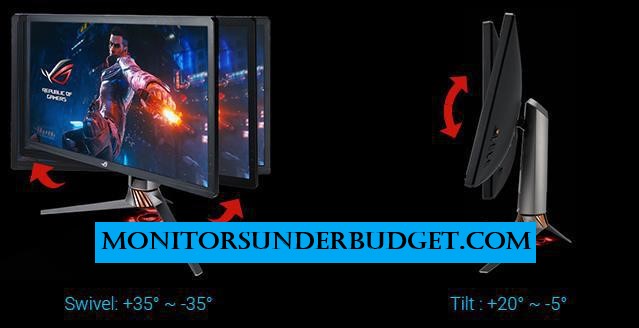 Unparalleled levels of clarity, vivid visuals, and crisp typography are yours.

The ROG Swift PG27UQ uses G-SYNC High Dynamic Range (HDR) technology to provide a peak brightness of 1000 nits, which is several times that of normal displays.

Its LED lighting is dynamically regulated over 384 zones with local dimming, resulting in extremely high contrast for richer, and more natural-looking dark settings.

It can turn LEDs on and off selectively to provide a broad range of dynamic brightness for a much more rich and nuanced image.

An IPS panel with quantum-dot technology produces realistic color images and supports the DCI-P3 color gamut, which is cinema-standard.

The PG27UQ has ASUS’ patented Aura Sync lighting technology, which allows it to be synced with other Aura Sync-enabled components and accessories.

It comes with an ergonomically built stand that allows for a wide range of swivel, tilt, pivot, and height adjustments, ensuring that you always have the best viewing angle.

The Asus ROG Swift PG27UQ is now available for $1,645.99, which is a lot of money for a gaming monitor. It will cost more than other similar 4K gaming monitors.

But remember that you’ll get NVidia G-Sync, 144Hz frame rates, and HDR, which is a combination of technologies that only some displays now feature.

The Acer Predator X27, which has a comparable configuration, will cost roughly $3,000, so the extra money for the ROG is primarily for the Asus design and construction quality.

However, at this price, the ROG Swift PG27UQ is a monitor that only enthusiasts and pro gamers willing to pay that much money would be interested in.

The ROG PG27UQ’s major design feature is the ROG luminous logo on the bottom and rear. Using Aura Sync Software, you may adjust the illumination of the rear logo by the other RGB accessories in your PC setup.

Because of the FALD implementation, the matte black bezels are a little thicker, but they still look good.

A joystick and three shortcut buttons are located on the back of the monitor for navigating the OSD (On-Screen Display) menu.

Asus left a nice-looking circuit board-like design on the rear, along with a luminous ROG logo.

There’s also a ROG projector logo that looks very cool when it falls on the wall, it’s an aesthetically beautiful design in every way!

When playing Destiny 2, which has a lot of bright colors and gloomy locales, the G-Sync technology shines, producing some very stunning graphics to go along with the 4K resolution.

The 144Hz refresh rate also did wonders for the game, making it seem quick and responsive with no sign of screen tearing.

You can also play Hitman in 4K and HDR, with the bright surroundings of the assassination simulator benefiting greatly from HDR.

Using a 144Hz refresh rate for productivity programs makes more sense than for games because the changes aren’t as visible and most games aren’t currently designed for such a high refresh rate.

It’s better for professional graphics projects than gaming, in my opinion. You’ll have to wait at least another two years to get the most out of its gaming hardware.

So, if you’re searching for a high-end monitor that can handle both gaming and professional work, you won’t be disappointed with the money you invest.

HDMI 2.0, DisplayPort 1.4, a headphone jack, and a dual-USB 3.0 hub round out the connectivity options. HDCP 2.2 is supported by both display connections.

This gaming marvel will provide you with nearly all of the connection features. DisplayPort 1.4 is available for greater refresh rate output.

If your PC still uses traditional HDMI, you’ll be able to connect HDMI 2.0 without difficulty. In such a situation, though, the refresh rate will be 60Hz.

There is also a dual-USB 3.0 hub for additional connecting choices. There will also be a connection for connecting with an HDCP 2.2 cable if necessary.

You won’t need to acquire a separate adaptor to watch Netflix or Amazon content.

Due to its 4K resolution and G-Sync HDR technology, which provides incredible visual quality and fast frame rates. When money isn’t a problem, there’s no need to lose out on the pleasure that the monitor provides.

If money isn’t a problem and you want the greatest gaming monitor with a lot of features, the Asus ROG Swift PG27UQ display is a good choice. 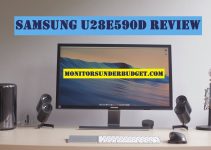 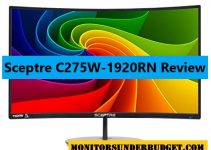 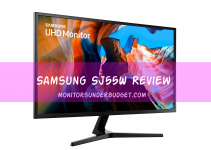